It is my 55th birthday weekend….and what a weekend is planned!!!!  We didn’t plan it this way because it is my birthday, but, this is definitely my idea of how to celebrate a birthday!

I’m giving myself 2 more minutes to write this blog post….so here is the weekend plan.  I told myself that I would start putting together the merchandise for the Jireh concert today in Sainte-Genevieve.  That’s on the island of Montreal so it is a home-game type of affair.  Around 9am, I should pick up the drum shield from Steve’s music. Sometime in the afternoon we’ll have the various |Jireh CD’s and the Get Up t-shirts and my wardrobe (intermission change of look – I sincerely love that, because ‘au fond’ I am a true blue performer and performers do multiple wardrobe changes during the same show) and the Jireh banner for the merchandise table and (have I forgotten anything?), oh yes, there is Carol, my wife and director of Jireh Gospel Choir.

Thinking of Carol, she would find it SPOT ON if I would suggest, maybe around noon today, that we stop what we are doing and pray for the concert today in Sainte-Genevieve and for the second part of the birthday mad weekend which is a Black History Month concert in Burlington, Vermont with Montreal Gospel Choir.  We have much to pray about, you can see.  We want to do the choir thing well – both choirs.  Do well in our interactions within the choir and in our brief but important relationship performing before an audience.

So, there will probably be a cake or two on my choir extravaganza 55th birthday weekend, but the thing that will make it so special is that at 55, I will be celebrating with people I love doing something that is such a big part of my life, something that I LOVE doing and that gives my life fulfillment and purpose.

More on this weekend, later – perhaps a resumé of highlights when I return from Vermont on Sunday evening!

On Friday, I decided to end my work day with a walk downtown for a much-needed haircut.  It’s always a pleasant experience for me at Icone Coiffure.  Brenda Desmarais has been cutting my hair for approaching ten years now  – it’s a sure thing.

Another sure thing is that afterwards I take the Sainte Catherine street route home.  Contrary to my wife, Carol, I really like visiting the shops.  So I went that way.

Immediately after, I crossed over the street for the H & M store where they promised special one-day only bargains.  H & M specializes in cheap fashion.  When I found the men’s ware – moved from the top floor to the basement floor I thoroughly investigated. I tried on one dark green shirt – seeing if it would go with the dull green pants I was wearing and also enjoined a blue shirt and similarly coloured T-shirt.  Trying them on was a revelation.  Not a pleasant one – my belly, which Carol used to comment on as “cute” now was making me take a pledge to cut down on the food that I’m eating as well as maintaining the winter skating and skiing.  So I decided to leave H & M with no purchase.

Next block – H.M.V.  The liquidation signs in the window were real.  Montreal is losing its last dedicated music store – I mean for CD’s and now DVD movies and TV series and concert DVDs and all kinds of frivolous music and movie merchandise.  I really thoroughly looked through DVD’s.  (Why would I want to own a movie or TV series when I can stream it on demand?)  Descended to what was left of the music industry on CD’s in the basement.  (Why would I want to own music on CD when I can have anything I want for $10 per month on Spotify?).  Left H.M.V. with nothing but a mild depression about the limited revenues left to artists (like Jireh) from recorded music.

When I skate or ski, there is nothing better than to have the right clothing for staying outdoors comfortably for hours.  Decided I might need a better toque and sought to fill that need at Sports Experts.  Up to the third floor where I found where they were hiding winter apparel.  Contemplated the high prices and inadequacy of the toques available.  Looked at high quality long underwear.  You can never have too much of this stuff.  Prices in line with what I might have spent at the audio store.  Decided that the old-fashioned Stanfield long johns that I got from dad were retro-cool.  Left this store down the stairs (they were renovating the escalator) with nothing.  Woops – why do I still have this knit neck warmer still in my hands.  Back up to return it….and exit with no purchase, and no criminal record.

I had a reason to go into Indigo Books, but I don’t recall at the moment what it was.  They have some reasonably-priced books…$6 or so and I looked through those.  Remembered when it used to take a lot longer for this sale browse.  Remembered when I used to occasionally buy books before the e-books at the library became so conveniently available on my iPad.  Similar reflections about the limited revenues left to writers as I had in the H.M.V. store about recorded music.

Then I left Sainte Catherine street and went inside to the parallel underground inter-connected malls.  I can’t remember stopping much here.  Briefly in Winners – but they had no winter-ware.  Into the McGill metro station skipping the last couple of malls and then a brief last chance past racks of clothes in the men’s section at the Bay, up the elevator and north toward home.

At the supermarket just 2 blocks from home I refreshed my memory of my earlier belly-reduction resolution and didn’t buy the 10 lb. bag of potatoes for $2.49 or any of the clearance baked goods.  A bag of quick oatmeal and a can of coconut milk (Kayin’s rice cooked in coconut milk made an impression) and I was on my way home. 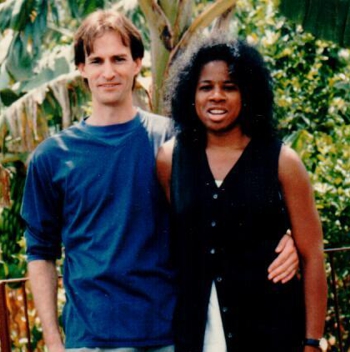 Partner in life since 1997, Carol has her own blog for you to explore