This is year 2 of reading through the alphabet.  In 2013 I decided that instead of looking through all of the fiction bookshelves it would be more efficient to limit my search to one letter at a time.  So I started with A and would look through all the A authors.  Invariably I discovered authors that were new to me through this technique and putting on the blinkers in this way had me spending less time in the library searching for that “one best book”.

In 2014 I took a break from this technique and decided I would read history and biography – something that wasn’t excluded in the “reading through the alphabet series” but often came about by browsing the new books – you don’t find history (except for historical fiction) and biography in the fiction book racks.

I’ll try to fill in here by memory the authors that I read this way and give a few comments:

With help from my Goodreads abcdefgh shelf

A is for Sherwood Anderson, “Winesburg, Ohio”.  I bet you can find this for free on your e-book reader.  Don’t rule out books because  they were written in 1919.

B is for Anita Rau Badami, a Vancouver writer, whose first novel was “Tamarind Mem”

C is for Michael Crumney, a Newfoundland writer who has a book of Newfoundland-based short stories “Flesh & Blood: Stories”.  Thanks to Paulette Cake who (I think) encouraged me to read this writer.

C is also for Ann Cummins, “Red Ant House: Stories” and for Roch Carrier, “La Guerre, Yes Sir! which I had the pleasure of reading “en francais”.  Carrier has also written some good history.  In June 2015 I finished “Montcalm & Wolfe”.  Found myself cheering for the English on this one.  Now I’m ready to explore the Plains of Abraham on my next Quebec (City) visit.

D is waiting for me to write a book, apparently, as I got bogged down in Stig Dalager’s “Journey in Blue: A Novel about Hans Christian Andersen” and did not finish it. At the beginning of 2016 I went to the super-library with the intention of filling in the two or three small gaps in completing the alphabet. Edwidge Danticat, an author of the Haitian diaspora (writing in English, however) filled my ‘D’ gap with ‘The Dew Breaker’, a collection of short stories connected in one way or another with the Tonton Macoutes, who terrorized Haiti under the reign of Baby Doc Duvallier.

E is for Louise Erdrich who hooked me with a title: “The Master Butchers Singing Club” and then another, “The Last Report on the Miracles at Little No Horse”

F is for a classic “As I Lay Dying” by William Faulkner begun at Parc Lafontaine, overlooking the lake.

G is for Richard Gwyn, “John A: The Man Who Made Us”.  If you have to ask who John A is, this book might not be for you.  It was definitely for me.  I also found Volume II on his later years and thoroughly appreciated this biography of our first prime minister

H is for Louis Hémon’s “Maria Chapdelaine”.  Every Quebec student had this on the reading list, like it or not.  I chose to read it (et, en français, bien sûr)

I is a Canadian author, Frances Itani “Leaning, Leaning Over Water”.  Liked it and added this author to my go-to list.

J is Pete Jordan, “In the City of Bikes: The Story of the Amsterdam Cyclist”.  Learned some things, but this book was too long.  Skimmed the last chapters so that I could say I completed it.

K is for Ivan Klima “No Saints or Angels” fiction about a Czech dentist.  I note that this author’s “My Crazy Century” a non-fiction memoir won the Czech literary prize in non-fiction in 2010.  I can’t get enough from Eastern European writers, especially in history or historical-based fiction.

M is for Alister E. McGrath “C.S. Lewis: A Life: Eccentric Genius, Reluctant Prophet”.  This is, no doubt, the biography to read on C. S. Lewis.

O is for Yury Olesha “Envy”.  Though I was drawn to this thin volume I ended up skimming it to finish.  Find another O author, is my advice.  Ondaatje is an obvious one, but he doesn’t click with me.

P is for M. Scott Peck “In Heaven as on Earth: A Vision of the Afterlife”.  Some of Peck’s images stayed with me.  The Mad Men final episode at times brought to mind Peck’s Amalgamated Systems souls working in the bottom of a garbage can.

Q is for Qiu Xiaolong “Years of Red Dust”. Short stories and history from the author’s native Shanghai.

R is for David Adams Richards whose “Mercy Among the Children” I am reading again.  I picked it up in Toronto for $1 recently and was part way into it  when I realized that I had already read this.  Reading  it again with greater attention – I couldn’t believe that I didn’t recognize the characters earlier in the book.  I like David Adams Richards a whole lot.  Writes fiction set in the Miramichi and non-fiction set there as well.  He has new books coming out to add to the 8 to 10 that I’ve already read.

R is for Mordecai Richler as well.  If I was watching the movie of “Joshua Then and Now” I might not finish it.  In the midst of the book this weekend.  Entertaining, yes, but if I don’t finish this novel it will be because it doesn’t rise above that.

S is for J. D. Salinger’s “Catcher in the Rye”.  I did not have to read this for high school English.  Kept me entertained.  Perhaps it was considered profane or racey for 1951.  Stylistically interesting.

T is for William Makepeace Thackeray.  “Vanity Fair” is a big chunk to read, a tome of 883 pages.  I left unfinished an equally weighty Solzhenitsyn – part of his Red Wheel cycle of novels on the history of the Russian Revolution.  Will I succeed in “Vanity” where I failed in history?  Will see.  I recall seeing a movie based on “Vanity Fair” as the initial scene with Rebecca throwing the dictionary out of the carriage window is rather memorable.

Done! And quite enjoyable. Laughed a lot. Though author thought of as cynical by some of his peers. he may have had more insight on his world than many. Much biting satire, but all quite believable, even though the characters are exaggerated. There was never a point in the 800 plus pages when I thought of abandoning my read.

U is for John Updike – returning to the consummate pro of short stories for “Pigeon Feathers and other stories” a collection published in 1962 (which is one of my birth years). U is also for Thrity Umrigar “The Space Between Us”. An accomplished author, this is my first read of any of her books.

V is for M. G. Vassanji, though I must confess, I don’t think I have read a novel by this writer, resident of Canada, 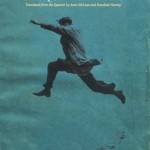 since “The In-Between World of Vikram Lall” (in 2011).  New Year’s 2016 resolution to read another Vassanji as, with X, this is my only missing letter of the alphabet.  As of January 2016, I am reading an English translation of Enrique Vila Matos, called ‘Dublinesque’.  I also read  Miklós Vámos, “The Book of Fathers” which I picked up at the Word Bookshop on Milton Street.  This author is Hungarian, so he nicely rounds out my portfolio of international authors.  “The Book of Fathers” traces a family history (only interesting characters, as it is fiction) from the beginning of the 18th century until the debut of the 21st century.

W is for Andy Weir, “The Martian” (see my comments on Goodreads) and Rudy Wiebe, “Come Back”. The Rudy Wiebe is a heavy read, but it prepares you for life.  I appreciate this author’s honesty about his Mennonite roots.

X –  I thought I had an X author with Qiu Xiaolong, but Chinese list the family name first, so add X to my resolution found above (under V).  When I finished my first reading through the alphabet I found an author who writes about girls in China.  I read ‘Miss Chopsticks’ by Xinran.

Y is for Yu Hua – a Chinese author, so family name first.  I read “The Seventh Day” which is about the first seven days after a Chinese man dies.  It is really a review of this man’s life as he searches out those people with whom he has had meaningful relations with prior to his death.  The author through this book makes satirical comments on how the Chinese culture understands death and relates the story of the life of Yang Fei.  I’ve made note that Yu Hua is an acclaimed Chinese author and is known for “Brothers” and “To Live”, so I will let the benefits of discovering new authors by reading through the alphabet continue by investigating these books which seem to have established Yu Hua’s fame.

Z is for Rafia Zakaria “The Upstairs Wife: An Intimate History of Pakistan”.  You have to take your more obscure letters of the alphabet when they present themselves. An intimate history of Pakistan written by a woman – reads like a novel.  Excellent.

As of January 1st, 2016, I’ve now finished this project of reading through the alphabet.  I’ve greatly benefited from my self-imposed program as it has introduced me to authors that were entirely new to me (Badami, Crumney, Cummins, Erdrich, Itani, Klima, Ng, Qiu, Thackeray, Yu and Zakaria).  Almost all of these authors are accomplished writers with other books just waiting on the shelves at my library.  The reading project has more than doubled my list of “go to” authors.  Now when I enter my gi-enormous local library, le Bibliothèque et Archives Nationales du Québec I have many new friends waiting to spend time with me within.